Cabell Huntington Hospital was created to meet the needs of a changing community. In 1945, the city of Huntington and the surrounding area were growing so rapidly that there was a critical shortage of acute care hospital facilities. Leaders from industry, community organizations and the medical profession met with interested citizens that year to consider founding a new hospital.

As plans were developed for the new hospital, contributions were solicited. In 1952, area citizens demonstrated enthusiastic support for the concept

when they approved, by an 88 percent majority, a $3 million bond issue. These funds were used to construct a 236-bed hospital, which opened its doors to the community in 1956.

Community response to the care and services provided by Cabell Huntington Hospital was warm and welcoming. It soon became apparent that additional facilities would be required, and the hospital's Board of Trustees authorized a thorough study to determine Cabell Huntington Hospital's future role in the community. After careful assessment of area health care needs, the Board adopted a three-phase master development plan.

Phase I, completed in 1963, increased the hospital's capacity to 280 beds and 48 bassinets and also increased the capabilities of ancillary services.

Phase II, completed in 1976, included the addition of 30 beds as well as facilities for the Emergency Department, Laboratory, Radiology, Cafeteria and Business Offices. The Surgery Suite, Recovery Room and Physical Therapy Department were also expanded and renovated as part of this phase.

Work on Phase III began following the approval of a $9 million dollar bond issue. This phase included a 26-bed critical care floor that opened in August 1981. Well-baby and intensive-care nurseries opened in September 1981 and March 1982, respectively. Improvements in ancillary areas such as Renal Dialysis, Social Services and Personnel were completed in late 1982.

The Labor and Delivery Suite was redone to include the region's only Birthing Room and High Risk Labor Room. The suite opened in 1982.

This facility houses the Clinical Practice Center and the Center for Rural Health, bringing all of the MU School of Medicine's physicians, faculty and students together in one location. This move has benefited Cabell Huntington Hospital and its patients by providing easy access to physicians, diagnostic facilities, ancillary services and inpatient and outpatient care conveniently located under one roof.

In March 2002, the hospital celebrated the grand opening of the J. Robert Pritchard Dialysis Center, a free-standing facility behind the hospital. The center features 28 dialysis stations with upgraded equipment and many amenities that make dialysis treatment more pleasant and convenient, such as larger and more comfortable waiting areas for family members, more clinical space for physicians to examine patients, a chapel and dedicated parking spaces. The total cost of the center was $3.5 million. 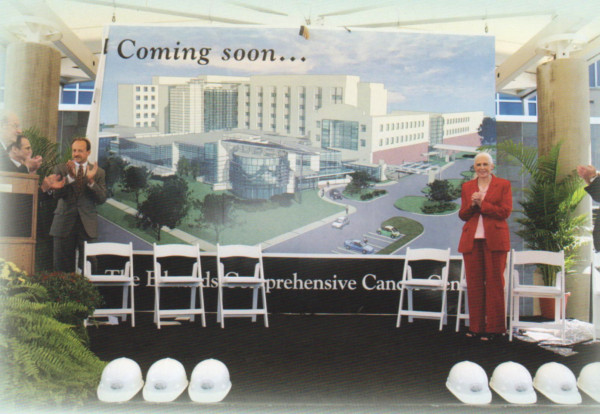 A new cancer center is announced in 2003.

In December 2005, construction was completed on a joint project shared by Cabell Huntington Hospital, the Edwards Foundation, Inc. and the Joan C. Edwards School of Medicine at Marshall University: the 67,000 square-foot Edwards Comprehensive Cancer Center (ECCC). The ECCC was established to offer adult and pediatric cancer patients access to highly trained and experienced physicians, radiologists and surgeons, a skilled and caring nursing staff and the most current protocols for cancer diagnosis, treatment and care all under one roof. In this facility, the patient has access to a full range of diagnostic and therapeutic services, including surgery, radiation, chemotherapy, laboratory testing, clinical trials and support services. The ground floor houses the Comprehensive Breast Center and the Radiation Oncology Department. The first floor houses Adult Infusion, the Pediatric Oncology Program and the Medical Oncology Program. In January 2009, the second floor was renovated, converting shell space to clinical space for the Surgical Oncology Program.

In November 2007, Cabell Huntington Hospital completed construction of the $85 million, five-story, 187,500 square foot North Patient Tower. This project doubled the size of its Emergency/Level II Trauma Department, increased private rooms from 47% to approximately 90% and increased the number of staffed beds from 268 to 303. The tower houses a 36-bed NICU, the Oncology Unit, the adult acute care units (Intensive Care, Surgical Intensive Care, Burn Intensive Care and Cardiac Intensive Care), Labor & Delivery and the Surgical Nursing Unit. Every patient room in the North Patient Tower has a window — in some cases floor to ceiling — and all of them have private bathrooms. All of the rooms are larger, with extra room for family and friends. Most important, the patient rooms were designed and built to accommodate the new technologies that are an integral part of health care today.

Also during 2007, the CHH Women's and Family Medical Center and the Center for Surgical Weight Control were relocated to the 20th Street Professional Building at 1115 20th Street in Huntington and the Center for Wound Healing was established in that facility as well. In 2008, the Sports Medicine and Rehabilitation Therapy (SMART) Center opened in the atrium near the Orthopedics Department. The Department of Orthopedic Surgery continues to earn recognition for excellence from HealthGrades. The Department of Neuroscience and the Digestive Diseases Center opened near the surgery suite. 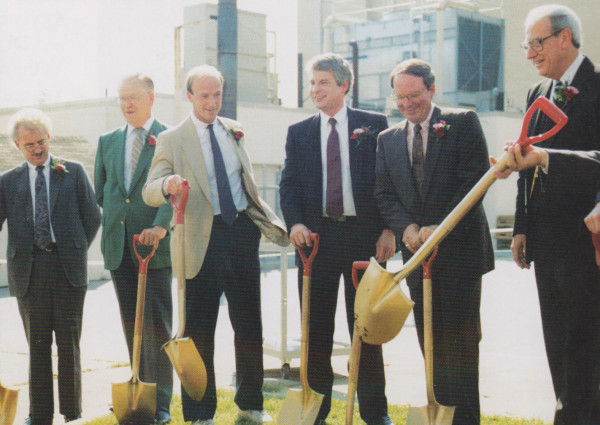 Ground was broken for the new surgery expansion in 1989.

Cabell Huntington Hospital is one of the 10 largest general hospitals in the state. The hospital has clinical and educational affiliations with the Marshall University School of Medicine for the education of physicians, nurses and medical technologists. The hospital also provides training for cytologists, pharmacists, radiologic technologists, practical nurses, surgical technicians, nurse aides and orderlies. Accreditations and educational programs are an assurance that the hospital provides good medical care and is well operated, organized, equipped and staffed.

A Board of Directors governs Cabell Huntington Hospital. These individuals are selected through a nominating selection process that is outlined in the bylaws. Once Board members are appointed, they no longer represent any organization which may have sponsored them, but work as individuals representing the needs of the entire community, receiving no compensation for their services. The Board of Directors establishes the goals and broad policies, which are achieved and implemented under the direction of the President/CEO and his executive team. The Board of Directors also appoints the Medical and Dental Staff, composed of approximately 325 physicians and dentists in the community, upon recommendation of the Executive Committee of the Medical Staff.

In the past two decades, services have grown and methods of medical care have become increasingly sophisticated. Cabell Huntington Hospital continues to serve residents of the region without regard to age, race, religious affiliation, sex, nationality or source of payment for care.