If you’ve been diagnosed with Parkinson’s disease, Cabell Huntington Hospital offers procedures and education to help improve mobility and manage your condition. 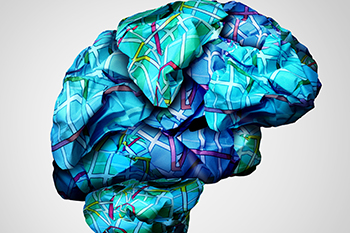 People suffering from a variety of disabling neurological symptoms may now have hope, thanks to deep brain stimulation (DBS). A tiny device is surgically inserted to deliver electrical stimulation to the brain, which helps control movement and block the abnormal nerve cells that cause tremor, rigidity, stiffness, slowed movement and walking problems. This procedure has proven to be an effective solution for patients with Parkinson’s disease, essential tremor, epilepsy, cluster headaches, Tourette syndrome and chronic pain that hasn’t responded to other treatment.

Treatment for Parkinson's disease begins with medications that help with symptoms like tremor, rigidity, and slowness. These symptoms happen because the disease is destroying brain cells that produce a chemical called dopamine that helps control movements. The medication can increase the amount of dopamine in the brain or mimic its effects. As time goes on, the symptoms of Parkinson's disease grow worse. You need to take a higher dose of your medication, or additional medications that can have disturbing side effects. At that point, when medications are becoming less effective, it's time to talk with your doctor about deep brain stimulation therapy.

Deep brain stimulation offers people with Parkinson’s disease greater freedom to live and work with the potential to improve their motor control, mobility and functional ability. It can also improve the lives of caregivers by reducing the burden posed by a loved one’s disorder and resulting disability. DBS therapy can reduce several motor symptoms associated with Parkinson’s disease, including

In one major study, DBS therapy was shown to increase periods of good mobility (no symptoms or involuntary excessive movements) from 27 percent to 74 percent. In another study, patients who chose DBS therapy maintained motor symptom improvements even after five years. Compared to medications alone, DBS therapy used in combination with medication has been found to reduce symptoms and some drug side effects. 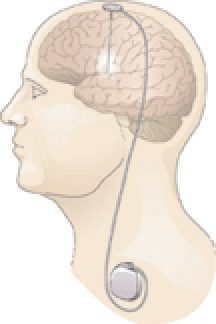 An illustration for DBS, courtesy of the NINDS. Fine wires are implanted within brain regions involved in motor control, and stimulation is controlled by a pacemaker-like device under the skin

DBS may be a treatment option for people who have Parkinson's disease and those who:

As soon as medications begin to lose their effectiveness, it may be time to consider DBS. The “window of opportunity” closes when symptoms no longer respond to medications. In order to obtain maximum benefits from DBS, patients with Parkinson's disease should talk to their doctor about the optimal time for DBS therapy to be the most effective and how long the window of opportunity will be open.

Deep brain stimulation uses an implanted medical device, similar to a cardiac pacemaker, that delivers mild electrical pulses to precisely targeted areas of the brain involved in motor control and muscle function. Electrical stimulation of these areas normalizes the brain circuits that control movements. The stimulation can be programmed and adjusted non-invasively by a trained clinician to maximize symptom control and minimize side effects. 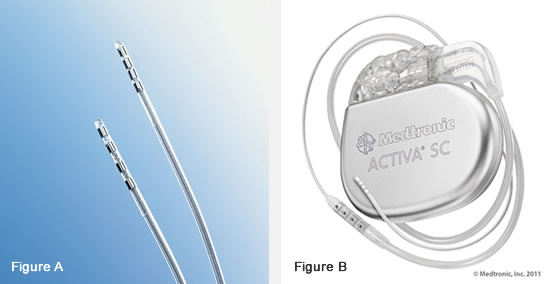 Components of the DBS System

How the DBS System is implanted 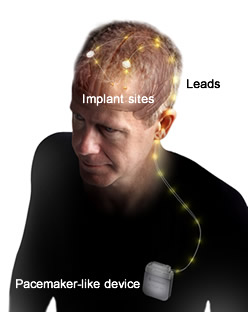 Stimulation from the neurostimulator is easily adjustable—without further surgery—if the patient’s condition changes. And unlike previous surgeries for Parkinson's disease, DBS does not damage healthy brain tissue by destroying nerve cells. This means that if newer, more promising treatments develop in the future, the DBS procedure can be reversed. As with any brain surgery, there are risks associated with the implant procedure, so please talk with your physician about your health, goals and risks to make the best decision for you.